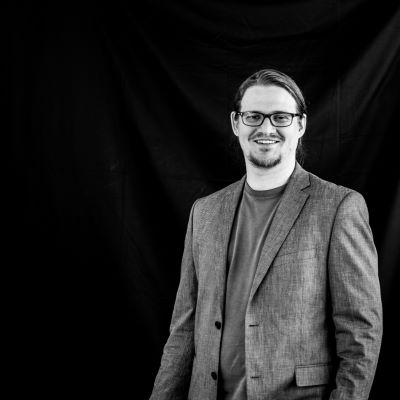 Flipping through the comics in the Sunday paper sparked an immediate interest in Robert to begin drawing and creating worlds of his own. As he grew, Robert began helping with his father’s civil engineering business, as well as his mother’s interior design service. This experience began to steer Robert’s art away from the funny pages and into a more material medium that would allow him to leave a mark on the world. Robert joined Shapiro & Company Architect’s Multifamily studio and is passionate about designing intentional spaces that are beautiful and functional for their inhabitants. Robert believes that architecture has the potential to be the ultimate humanitarian art.

When Robert sets his pen down, he dons the cape of “Super-Dad” for his daughter Sonja. Robert shares his love of art with his daughter through trips to museums, playing the guitar, and when the mood hits just right, Robert will pick the pen back up and doodle a cartoon or two.